Now, this was a spectacle!

The other day, as I was out and about, I stopped off at the relatively new "Acqua Alta" bookstore just off of the Calle Lunga Santa Maria Formosa, which bills itself as "the most beautiful bookshop in the world."

I don't know about that, but it is unique. It rests under a pretty little fig tree in a small courtyard. Then, by Venetian standards particularly, it's huge! It takes up what at one time would have been the entire water entrance to a palace. (In fact, if you prefer, you can still arrive by boat!)

There, the owner or libraio is not only a 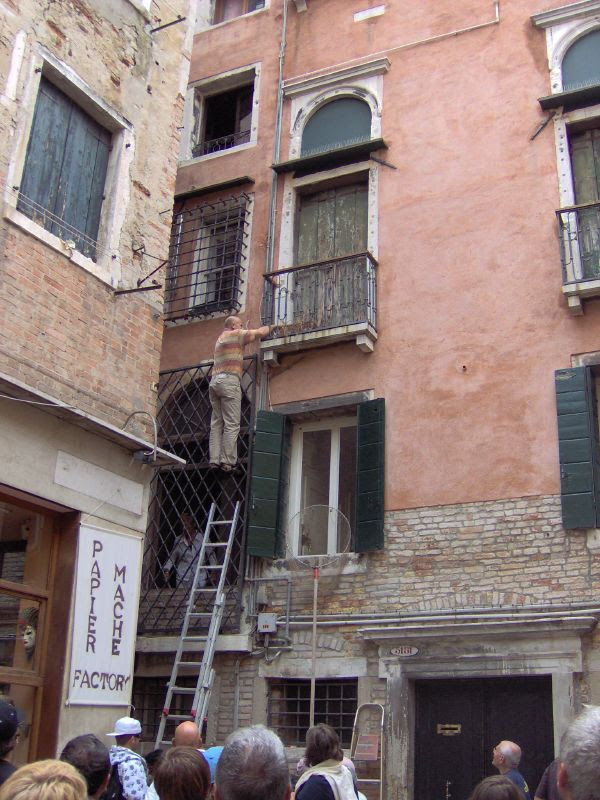 bibliophile, but he's a felinophile too! And he has a number of adorable little kittens roaming around the premises. Of course, as kittens will do, they can also get themselves into trouble...

One of them had managed to scramble up the front of an adjoining building to a high window sill, but then got too scared to come down. The whole neighborhood mobilized to help him, as you can see here!

First, they had to get a super-tall ladder... but even that wouldn't reach all the way, so the would-be rescuer also had to climb up the cast iron grating of one of the second-story windows. (Note the large net at the ready!)

But then the kitten didn't want to be rescued! 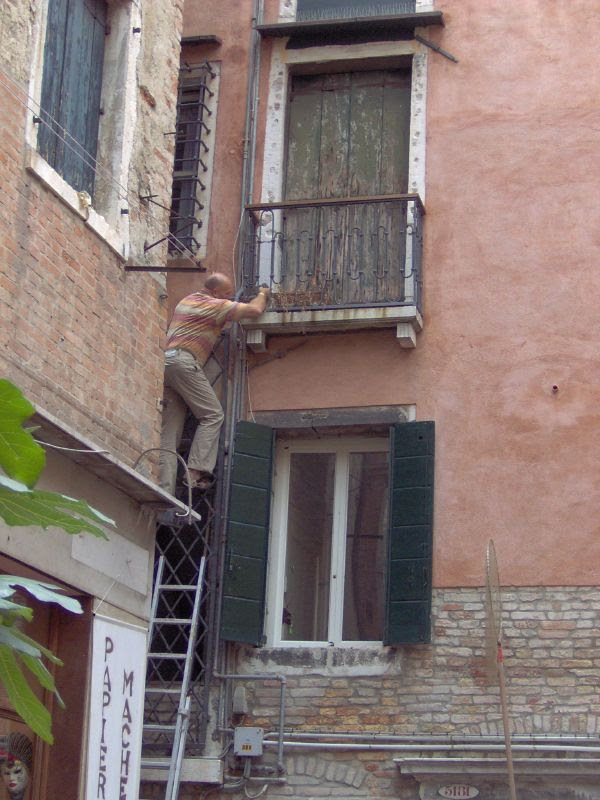 The rescuer managed to pull the little cat halfway out of the window grating, but the kitten continued to hold on hard with his back toes!! (I can't tell you how much I wish I'd gotten that photo... It was one of the most peculiar things I've ever seen a cat do!)

Then, finally, after several tugs, the kitten came free and - to the collective gasp of the gathered crowd - fell about a story into the waiting net! 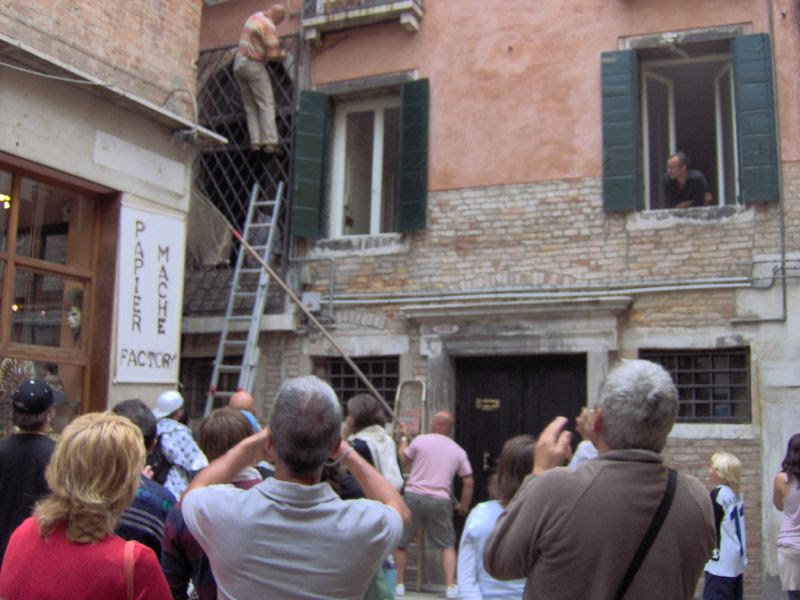 After all the racket that little creature had made mere seconds earlier, I expected him to be thoroughly tramatized. 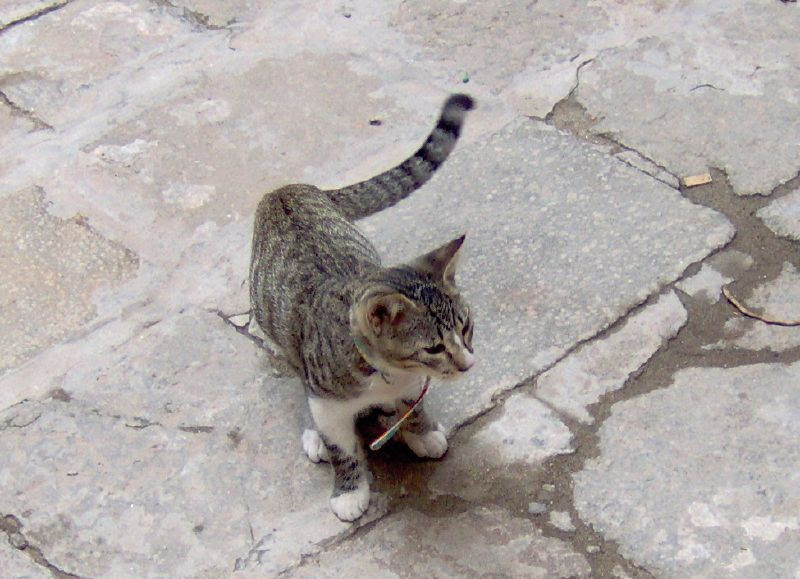 Instead, they pet him, set him down, and he promptly just trotted back into the bookshop with his libraio, apparently none the worse for his little misadventure! All's well that end's well!! 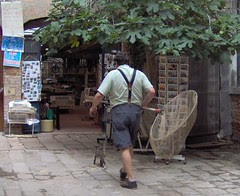 Although the guy leaving with the butterfly net reminds me of that bad guy in CHITTY CHITTY BANG BANG.

Michelle-aneous Musings
on Maine, Venice, History, Art, and Lots of Other Stuff!

This work by http://michellesmentalclutter.blogspot.com is licensed under a Creative Commons Attribution-Noncommercial-Share Alike 3.0 United States License.